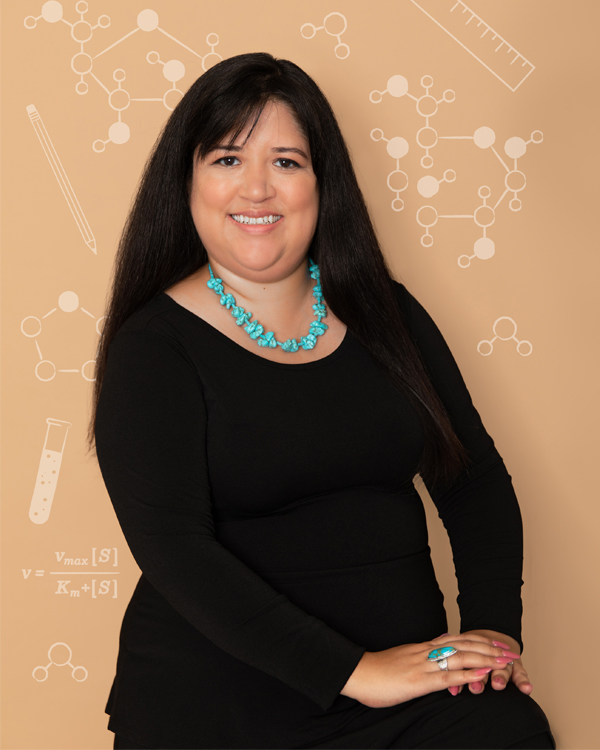 Ana Cordova ‘11 is passionate about education, science and service. And thanks to the strong educational foundation received at New Mexico State University, she is building a life that combines all three at top research labs and around the table for important policy discussions.

Now the former student regularly gives back to NMSU, most recently through a planned gift to the New Mexico State University Foundation. “I know I’m never going to have children, so I don’t have the traditional perspective of giving down to my heirs,” she said. “One day at work, I was asked whether I wanted supplemental life insurance. I realized that life insurance is a great and easy way to leave a gift.”

She’s designated part of the policy’s payout to support the William Conroy Honors College while the remainder will be unrestricted. “Unrestricted funds are the magic funds because the university can do anything that is needed, rather than be limited by what the donors want,” she explained. “If that means the college uses it for a new scholarship one year and to repair a classroom or buy new lab equipment the next, I’m fine with that. It’s meeting the need wherever it is.”

Growing up as the only child of a single mother in Cheyenne, Wyoming, Cordova always displayed a love for learning and a desire to figure things out. “My mom was very involved when I was younger, so I remember reading and solving puzzles at a young age,” she said. “But it was going to ‘school’ for the first time that really started me on a lifelong path of learning. Head Start cemented my love of learning.”

Like many young girls, however, it took Cordova awhile to discover her aptitude for science. “When I was elementary age, I didn’t think I was very good at science because we did it so infrequently,” she explained. “Then in seventh grade, I took the general science class and completely fell in love with it. It was like all of the best parts of math and storytelling combined.”

That passion led Cordova to take upper-level classes while in high school, including pre-calculus as a sophomore. “After two months in that class with juniors and seniors, I was blowing the curve,” she remembered, adding that her math teacher soon suggested a career as an engineer. “I went home and asked my mom, ‘Why would my math teacher want me to work on trains?’”

Yet that suggestion led Cordova to set her sights on studying chemical engineering and law. “I wanted to do patent law so I could manage my own inventions,” she explained.

As part of the third cohort of the prestigious Gates Millennium Scholars program, Cordova received an all-inclusive college scholarship. After initially enrolling in the Illinois Institute of Technology, Cordova transferred as a freshman to NMSU. “I went to New Mexico State because I wanted to go west, I wanted to go somewhere warm, and I wanted to go somewhere where I had connections,” she said, noting that her family’s New Mexico roots go back to the 1620s and she also had ties to NMSU faculty member and author Denise Chavez through her hometown library.

Changing universities wasn’t Cordova’s only shift—she also changed majors, thanks to a biochemistry class taught by Dr. Carol Potenza. “I ended up doing the same thing as I did in my high school math course and blew the curve,” Cordova said. “Dr. Potenza said I should consider becoming a scientist.”

Cordova quickly found her home in NMSU’s Biochemistry Department. “I love that biochemistry takes all of the theoreticals of chemistry and shows how these seemingly random events can make the most beautiful and elegant organisms and processes happen,” she said.

The William Conroy Honors College also played an important part in her undergraduate education, as did numerous research experiences. She worked in two labs through the Minority Biomedical Research Support (MBRS) Research Initiative for Scientific Enhancement (RISE) program and analyzed institutional data on diversity and student trends in a work-study program.

After graduating in 2009, Cordova was selected for a one-year internship at the Fred Hutchison Cancer Research Center in Seattle, Washington. She did clinical research on breast cancer and worked on policy issues. As a result, she published a paper about Hispanic mothers’ attitudes towards vaccinating their teenage daughters.

Crossing to the East Coast, Cordova enrolled in Johns Hopkins University to earn a master’s degree in human genetics and molecular biology. She then joined Georgetown University, where she worked on an initiative to increase the number of minority students in medical school, before moving to the American Association for the Advancement of Science, where her focus was on science education.

A chance encounter at a nail salon with Carole Silver, Northwestern University Pritzker School of Law’s professor of global law and practice, led Cordova to enroll in the university’s Master of Science in Law program. “The MSL is a one-of-a-kind master’s program in the law school that is exclusive to STEM professionals who have an interest in the law,” the Aggie said. “It gives training in the relevant areas of the law, like patents, regulatory affairs, contracts, negotiations and all of those things that scientists might have to do or where scientists can bridge the gap between lawyers and scientists.”

After completing the one-year program, she returned to Washington, D.C., got married, and joined AccessLex Institute, a non-profit dedicated to increasing access to, affordability of, and diversity of law schools.

Yet her former Georgetown boss soon lured Cordova to join the Council for Advancement and Support of Education’s Opportunity and Inclusion Center in May. As senior manager of minority-serving institutions and indigenous communities, Cordova assists institutions with learning about best practices in alumni relations, development, and marketing/communications. 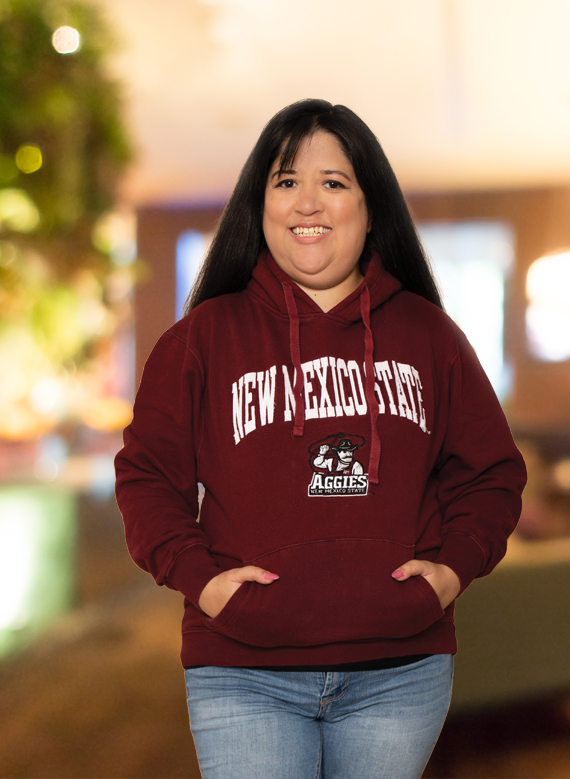 Cordova’s career path also allows her to help others, a passion that started early in life. “Growing up, volunteering was always very important to me, to the point where I was nominated and awarded the Youth Excellence in Service award by the Cheyenne Chamber of Commerce for working with Head Start and the library while I was in high school,” she said.

Her time at NMSU was no different as she volunteered in Booker T. Washington Elementary’s Head Start class. She also participated in several campus organizations, including the Organization of Aggie Students Supporting Sustainability (OASIS) and Sigma Alpha Lambda, an honors society focused on leadership, academics and community service.

Now firmly established in her career, Cordova’s remained involved with NMSU’s Alumni Affairs Honors College and finds ways to give back, including establishing an Honors College book scholarship. “That scholarship can make a difference as to whether a student will graduate,” she said.

She’s committed to continuing to provide financial support to future generations of Aggies. “When I’m thinking about my own personal philanthropy and where I want to give my gifts, I want to make impacts,” she said. “Giving to New Mexico State—because it’s a Hispanic-serving institution, has low general expenditures and provides a world-class education—provides a high return on investment.”